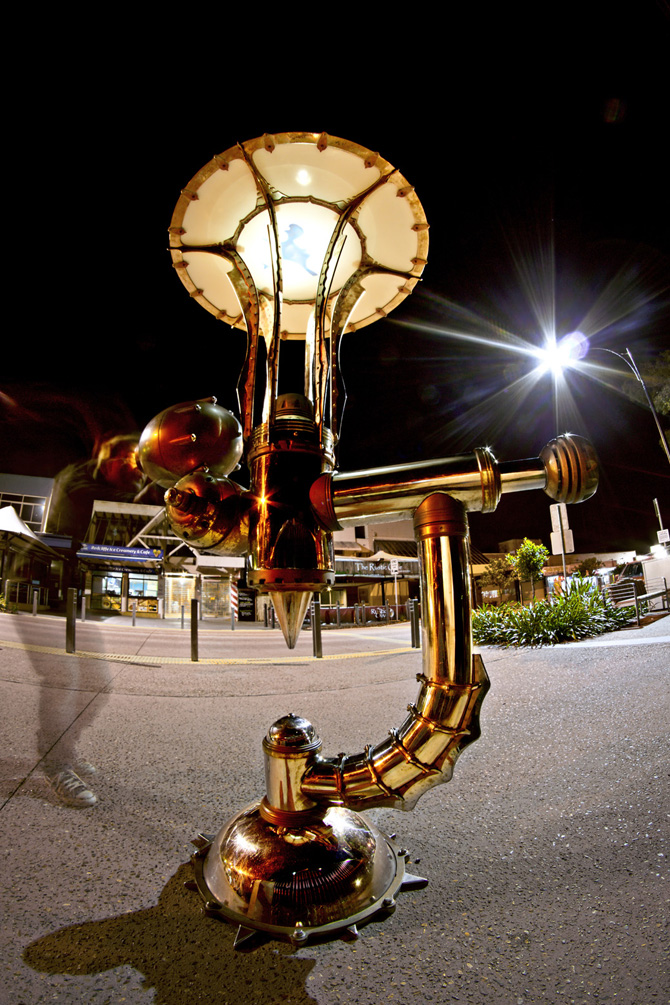 Invented in the early 19th century by eccentric naturalist Franz Andriessen, the device is believed have been one of many such apparatuses housed on his science vessel, which was lost at sea.

The machine locks onto a sea creature’s life force and copies it, translating and projecting a perfect image of it.

As far as we can tell, apparatus for non destructive transmission of biological visualization can only be tuned to one animal without harm. Long after the creature dies it is still able to project its image … a ghostly camera of sorts.

By winding the handle on the apparatus electricity is generated which works a projector, silhouetting a mermaid onto the the underneath of the umbrella. The handle also powers internal and external high output LEDs.

A sterling silver mermaid inside the machine is mounted on clockwork, and turns proportionally with a second control knob. The silversmithing was done by my partner – jeweller Rebecca Ward. 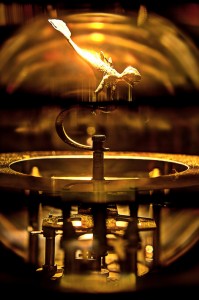