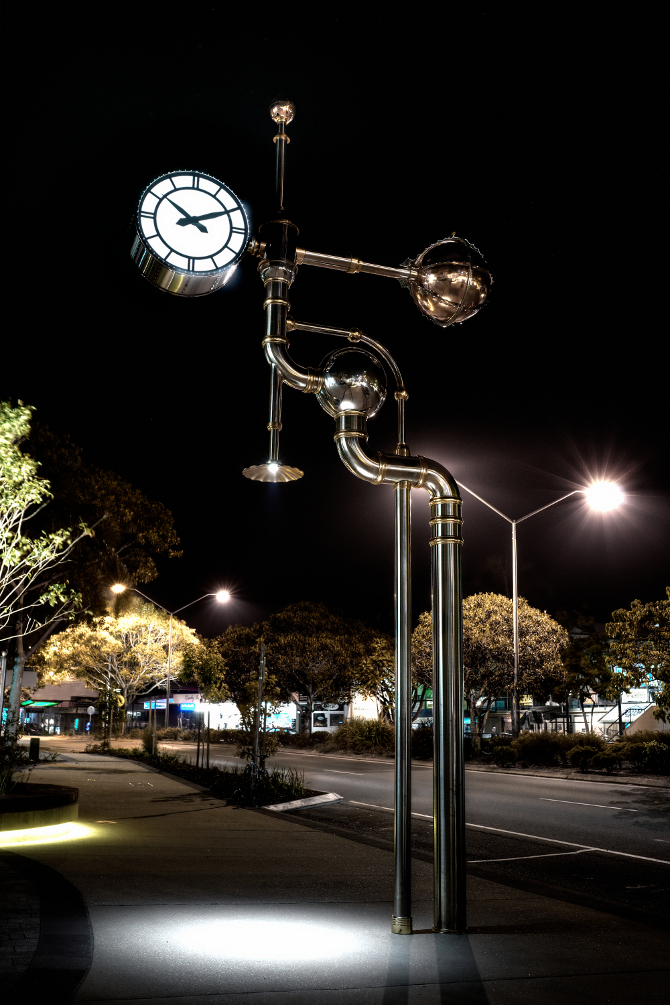 The Noosa Town Clock was designed as an iconic centrepiece for the Noosa Junction business district. At over six metres tall it provides a striking focal point. The copper sphere at the rear of the clock hides a Platypus-Tailed Glider [Thylarctos Pteronic], a mythical wallum creature inspired by workshops with local primary school students. Artsworker and jeweler Rebecca Ward worked with students to develop ideas for wallum creatures that might have been should evolution have taken a different course. The resulting artworks have been compiled into a hardcover book. 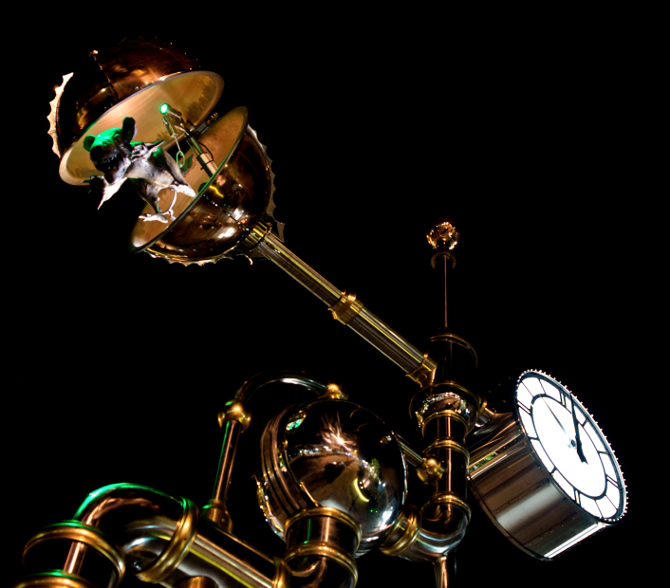 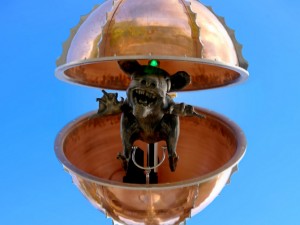 The Platypus-Tailed Glider, Thylarctos pteronic, is a koala-sized marsupial predator inhabiting the fringes of coastal Wallum vegetation. Smaller than its relative Thylarctos plummetus, it’s further distinguished by gliding membranes from wrist to upper arm.The Platypus-Tailed Glider perches high in scribbly gums swooping down on prey and using its powerful premolars and sharp claws to kill. Mostly nocturnal, it is rarely seen, although there are reports from bushwalkers of being attacked by something large and savage from above. Its existence is controversial, the only field data was collected during the 1920’s by Dempsey and Draper.