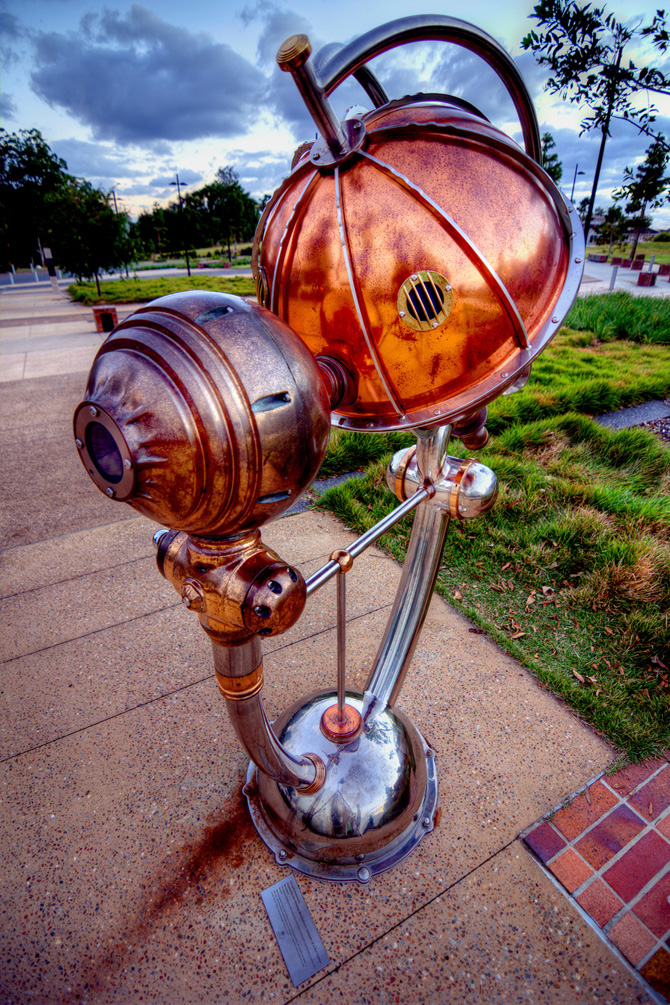 In Brisbane, 2008, nothing is known of a Cornelius Dempsey who was born and died in obscurity last century. He did nothing of enough note during his lifetime to warrant a sentence in history. In this universe.

However, in one of the many alternate versions of Brisbane existing in quantum space, another Cornelius Dempsey worked tirelessly and perhaps successfully to escape from the four grey walls in which he had been sentenced for life. For a nefarious crime he had not committed. Naturally.

Cornelius was brilliant. He knew it, and his journals attest to his innovative and inquiring mind, a mind which conceived and created a tunnel, not under the prison wall and barbed wire fence to freedom, but through universes and dimensions to the site of what was once Brisbane’s Boggo Road Jail.

Little is known of what happened to that Cornelius Dempsey. Did he ever escape? We cannot tell. Somehow he left us machine portals to his journals, which detail some information about his time traveling, universe jumping machines. Was it only the machines and journals that made the jump through time and space? Was he ever able to escape his own reality? Will we ever know?

An emerging theme in my public artwork is the re-presentation of false / imagined histories. As a significant historical (and mythological) site, the Boggo Road Urban Village is ripe with whimsical possibilities.

In this light I am proposing four highly whimsical, pedestrian scale interactive “apparatus for viewing transdimensional mechatronic variants of a set cause” – time machines if you will …