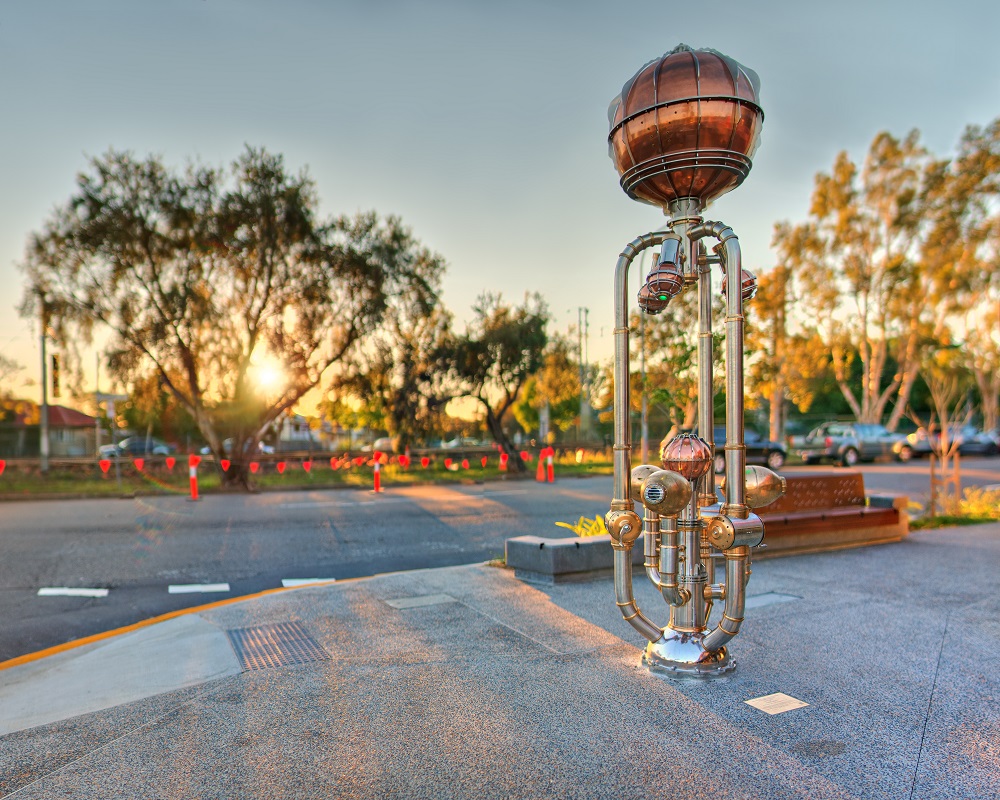 Long ago, infamous inventor, Franz Andriessen worked from a laboratory/workshop in one of Graceville’s grandest old houses. Though the property has long since be demolished, his work lives on, employing seemingly impossible physics to explore the quantum fabric of time and space.

Commissioned by Brisbane City Council in the early 20th century, Apparatus forTranstemporal Praedicto of Prodigium Futurum [ATPPF] was created to predict disasters. Interestingly it wasn’t fire, flood and famine the machine saw but invasions from mars and giant radioactive monsters. Temporal snapshots of disastrous futures were captured electro mechanically and displayed in the viewing portals, warning of outcomes that may come to pass. People must have taken heed of these predictions and altered their actions, as it seems that none have come true.

The predictions as fanciful as they were attracted the interest of film makers and producers and were used as the basis for movie plots. Not many people realise that Godzilla, War of the Worlds and The Wizard of Oz were inspired by this machine, created right here in Graceville. 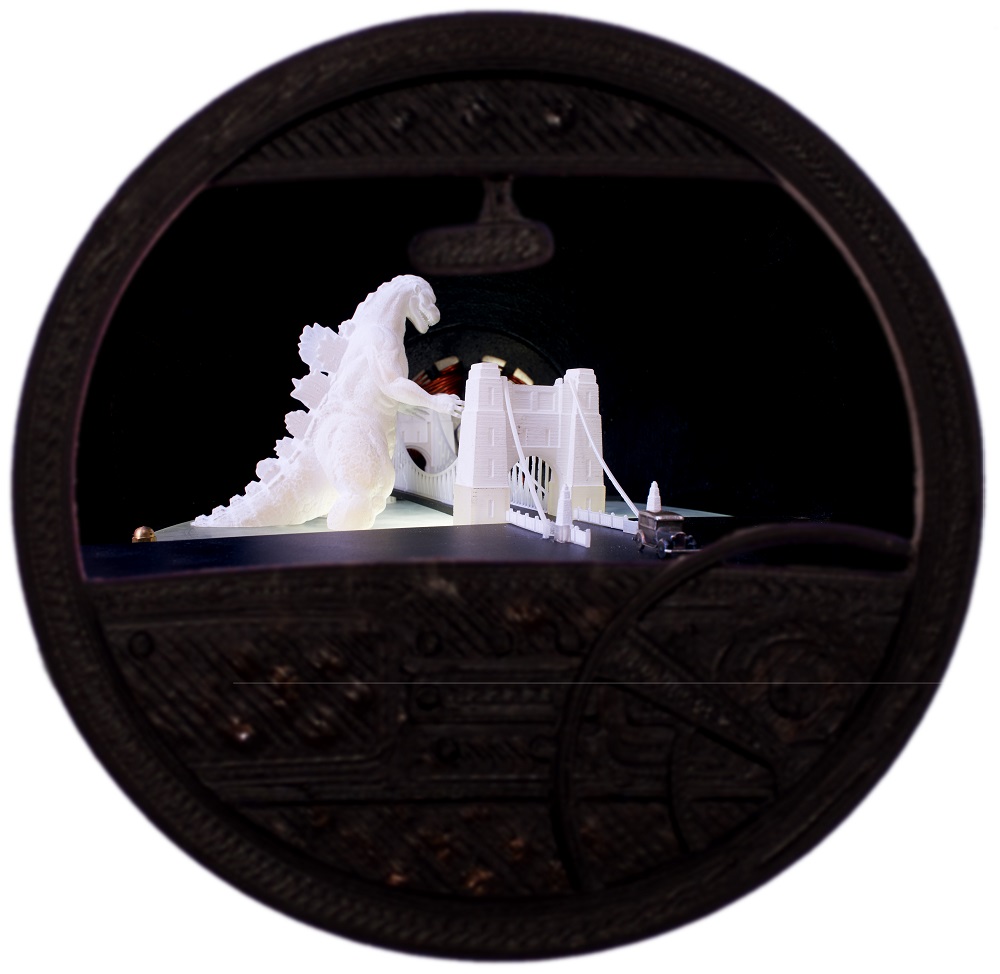