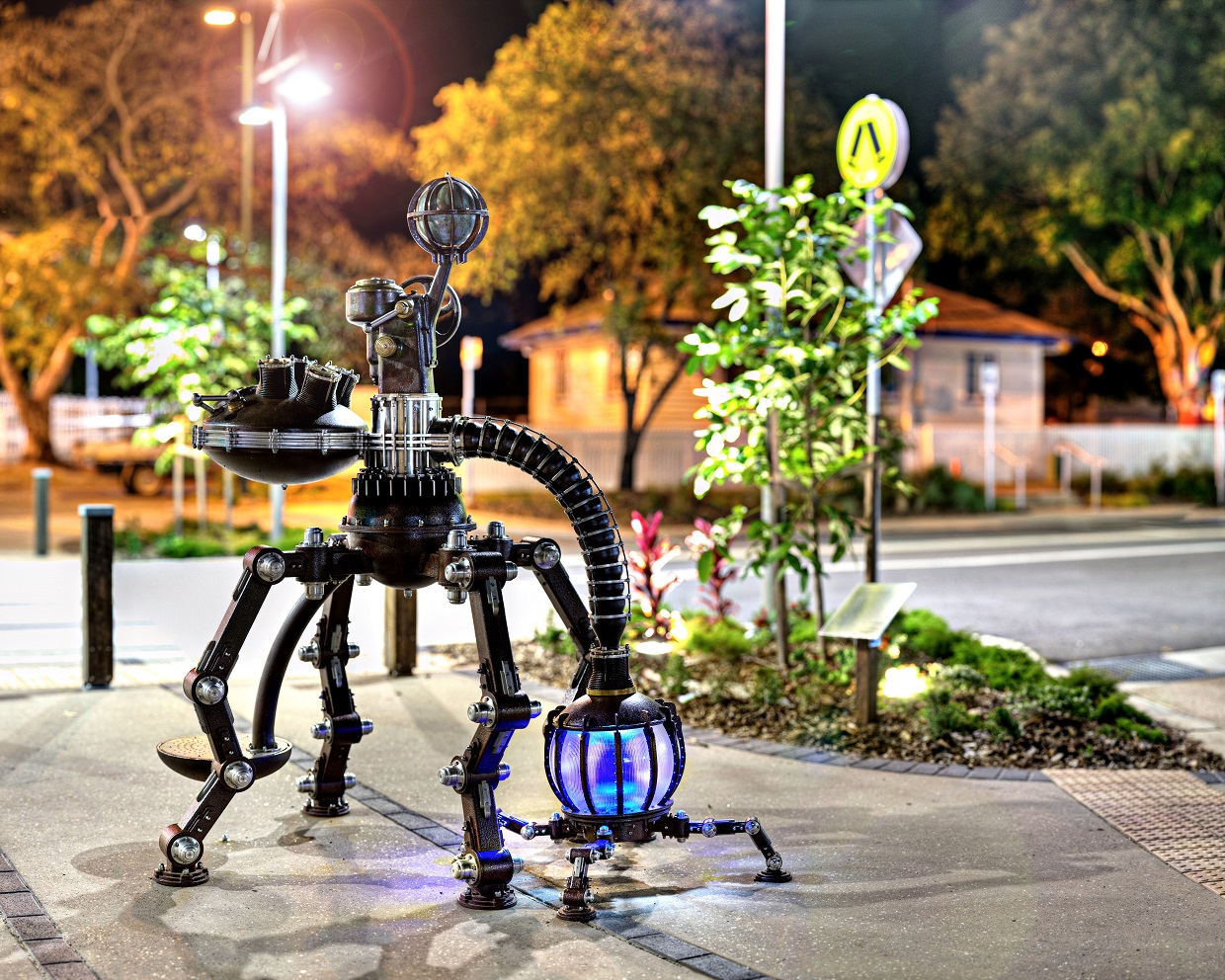 At one time Beerwah was home to hundreds of pineapple farms. The competition was fierce with growers constantly looking for ways to create bigger, sweeter or less spiky fruit. Another important edge was to be ‘first-to-market’, thereby attracting the best price early in the season. In this regard, the years between 1931 and 1957 were dominated by one farmer – ‘Speedy’ Joseph King. He worked his patch solo, never hiring in pickers. One day the field would be full of pineapples, and the next it was empty. No-one ever saw his pineapples leaving the farm, but they were always there at market, ahead of everyone else. Many gossiped about his seemingly mystical gifts, but it wasn’t until the late 1970s when his property was auctioned by the public trustee that Joe’s secret came to light. The equipment sheds on Joe’s farm were overflowing with mechanical equipment and bizarre machinery as had never been seen before. The most advanced of these appears to be a matter transporter. 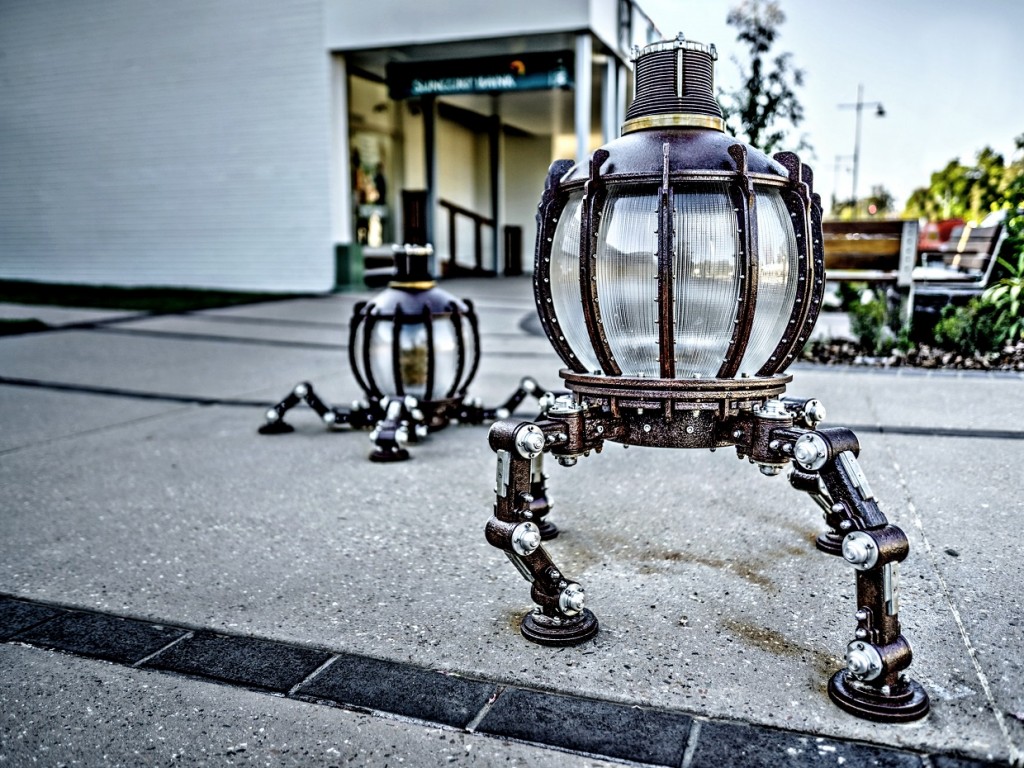 From his journals, the operation of the “Apparatus for Expedient Market Deployment – Ananas Comosus” has been pieced together. The Apparatus consisted of two parts – the isolation pods and the roving transporter. The isolation pods (of which four were found intact) appear to be autonomous walking machines that seek out ready-to-pick pineapples, then squat over and harvest them. Once a pineapple is contained, a light comes on to show the transporter that it is ready to go. The roving transporter (operated by the farmer) is driven to the pod’s location, locking onto the pineapple inside and transferring its matter to a receiving crate at the Brisbane markets. It would appear that the purpose of the pods is threefold – locating ripe pineapples, picking them, and then creating the right environment for matter relocation to occur. Once the contained pineapple has been transported the pod ‘wanders off’ to find its next fruit. The entire system appears to have been powered by a fuel derived from farm waste.

That the “Apparatus for Expedient Market Deployment – Ananas Comosus” exists at all is not the most noteworthy aspect of this story. It is remarkable that Joseph King kept his invention to himself, perhaps not realising its world-shaking potential applications beyond farming. Joseph King disappeared in 1957 leaving no clue as to his whereabouts. 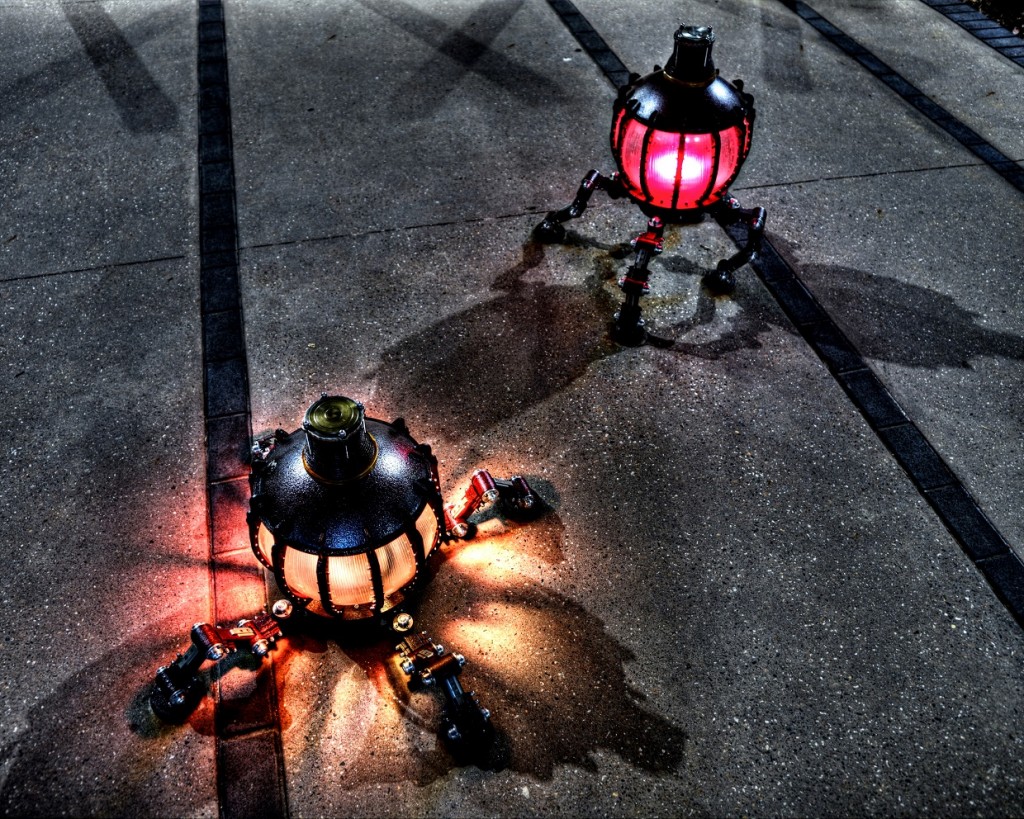