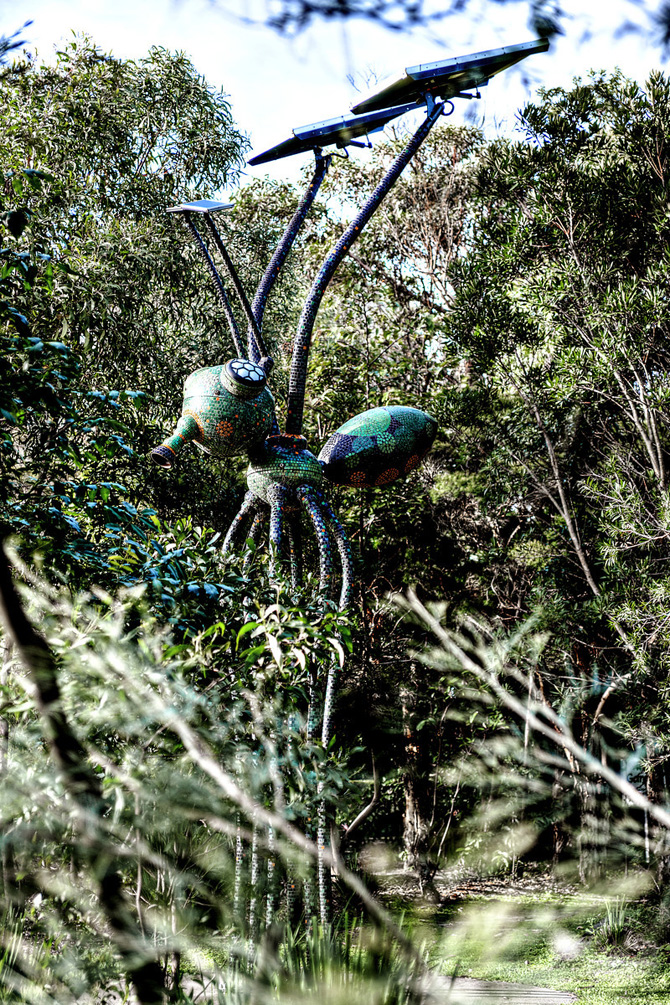 What’s taller than a house, has six legs, is covered in 25,000 glass mosaic tiles and generates electricity?A Solar Bug, that’s what!

Designed through workshops with clients and staff from Cascade Services, an arm of the Cerebral Palsy League of Queensland, the Solar Bug stands as an entrance point to the Cascade Place Gardens, tracking the sun and feeding power back into the electricity grid.

As well as being a significant and attractive  feature of  the Gardens, the Solar Bug generates electricity for which the Cerebral Palsy League receives credit on their electricity bill, offsetting the operating costs for the charity.

The project received significant funding from Arts Queensland with support from Cascade Services and Russell’s own contributions. Thanks are also due to Latronics for donating the grid interactive inverter and to Springer’s Low Voltage for their advice and discounted prices.